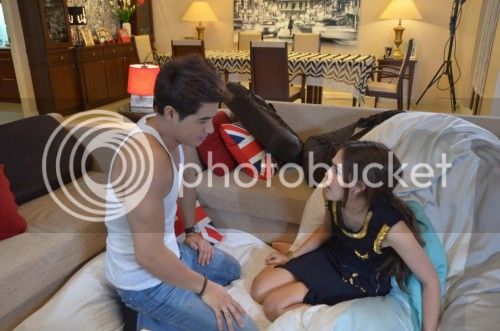 When I checked out Khun Samee Kamalor Tee Ruk (My Dear Fake Husband) soon after it aired, I went in expecting hijinks of the 'What Happened in Vegas' sort but what I got was an overbearing nang'ek engaging in petty office arguments and a mild- mannered pra'ek trying to avoid his overbearing grandma. Despite Chompoo and Rome looking great, there wasn't any sparks between Pim and Don at their first meeting and the meandering story in ep1 didn't look like it had a destination in mind so out the window this lakorn went.

I picked it up again last week cos I was desperate for something download-able on my iPhone to watch on my commute to work but even then ep2 was equally uninspiring and I would probably have dropped it again if not for the fact that the alternative was me staring into the space for 40mins on the train.

Posted via LiveJournal app for iPhone.